Tokyo (SCCIJ) – Asyril SA from the French part of Switzerland, a young and innovative Swiss robot maker, has entered the Japanese market within a year of its first appearance at the robot fair iREX held in November 2017. Hence, Asyril delivers another living proof that a small Swiss company can easily succeed in Japan. The secrets of its quick market penetration can be found in a number of matching Japanese distributors and the support of the Swiss-Japanese boutique business developer Euro-Far East led by long-time SCCIJ member Robert Champoud. Most recently, Asyril participated in two other fairs in Japan. As a next step, it is considering to set up a service center for its Japan customers.

The eleven-year-old Swiss small enterprise from Villaz-St-Pierre in the canton of Fribourg develops and produces high performance flexible feeding systems for parts and components from 0.1 mm up to 150 mm in size. The machines substitute and speed up tedious manual processes. Euro-Far East concluded after a market investigation during the last quarter 2016 that there was a real potential for Asyril products in Japan. The Swiss company entered the market by participating in the world’s largest robot exhibition iREX in November 2017.

At that fair, Asyril demo systems were displayed in its own booth and at five other booths including famous robot manufacturers such as Denso Wave, Epson, Fanuc and Mitsubishi. The sales started immediately after the exhibition. In January of this year, Asyril followed this up by displaying its products in the booth of its distributor Daido at NEPCON fair (see video here) and also with five partners at RoboDEX where robot manufacturers Denso, Epson, Universal Robot and Techman, as well as the System Integrator Kasai Techno, showed demos running with one of Asyril products. 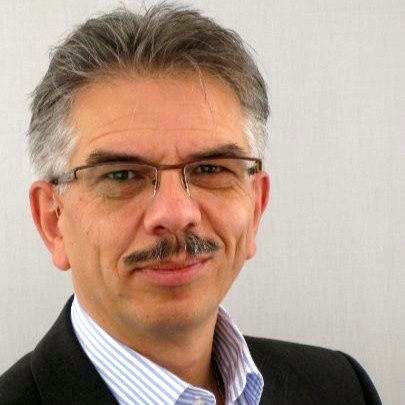 SCCIJ asked Alain Codourey, the Swiss CEO of Asyril, who came to Japan to gain first-hand impressions about the reactions of Japanese visitors to the Daido booth at NEPCON.

Alain Codourey: “NEPCON was a great opportunity for Asyril to make its name better known all over Japan. I was really impressed about the quality of the demonstrators shown by the exhibitors and the crowd navigating every day in the halls trying to discover the highlights of the show. Asyril made more than thousand new contacts. Really impressive!”

SCCIJ: You also participated in the concurrent exhibition RoboDEX. What kind of reactions could you notice there?

Alain Codourey: “Each time I visited our five partners at RoboDEX I could see a crowd in front of the demo systems of which our products were a key part. It is a matter of fact that the innovative way the feeders of Asyril have been designed was appealing to the fair visitors.”

SCCIJ: How important is Japan as a market for Asyril?

Alain Codourey: “Japan is known as the leading country in robotics worldwide. Asyril products are being used in combination with robots. Hence, Japan is one of the markets with the highest potential. Asyril started to sell its products in Germany and USA a few years before Japan and received a very good traction. Despite the language barrier, the growth for Asyril in Japan is surprisingly fast and looks very promising for the future. Considering this success, Asyril is now studying the possible creation of an entity in Japan to give a better technical support to the customers.”

SCCIJ: What are your goals and expectations for Japan?

Alain Codourey: “Even though the sales to Germany and, respectively, to the US have started many years ago, which made them two key markets for Asyril, I see Japan beating them in four, five years! Japan has started to invest massively to keep its factories running in Japan while the working force is decreasing. This will automatically influence the growth rate of Asyril in Japan. Having already sold machines for a market value of about $500,000 during the first year proves that we are in the right place at the right time. We aim to double our Japan sales in 2019. Should it happen, we will probably again be able to double it in 2020.”

SCCIJ: How is Japan different compared to customers in Europe?

Alain Codourey: “Japanese customers have a very high technological level and are very demanding in terms of quality. Compared to Europe and USA, Japanese want to know every detail about the products and the supplier before buying. This makes a tedious and longer sales process, but it leads also to very stable relationship once it is passed successfully. The reputation of Switzerland and its “Swiss made” for high quality products helps Asyril to get faster acceptance.”

Robert Champoud, Managing Director of Swiss-Japanese business developer Euro-Far East in Shin-Yokohama, added that Asyril has to fulfill Japanese expectations. “The packaging is already good, the delivery time is already short and the documentation is not that bad”, he told the SCCIJ. “However, we still need to fulfill the remaining gap to make the use of the products even smoother for the Japanese engineers,” he said. By listening to their customers’ and partners’ wishes and taking one request after another, this could be achieved, though.